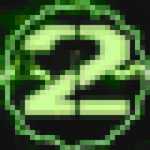 "But if that's not his spleen, then what's this?"

---Something you don't want to hear during surgery

Thank you to Grunny, for presenting me with the honor of adminship on this wiki. I am the only one, besides the founder and another, who have not been seen since 2009. If you have any questions just put it on my talk page.

Hey guys. My name is Mace170 and I LOVE jokes. I once got first place telling jokes in a school talent show, and I [think] I have the most edits on the wiki. I am a teenage boy from Pennsylvania, and I enjoy playing Call of Duty, listening to music, reading books, and going on this wiki. You can also find me on Call of Duty Wiki, Lyricwiki, Brickipedia, Harry Potter Wiki, WarWiki, and many others! My favorite parody artist is definitely Rucka Rucka Ali, who has released three albums since 2008. Total, he is outselling the famed "Weird Al" Yankovic, who has released 20 albums since 1983. However, Rucka's songs are not for children and are sexually related, drug related, and racist, using many stereotypical beings and a whole lot of cussing.

Good Insults/Comebacks To Use (Only use if your are being bullied! Don't be one!"

Awesome Quotes I Made Up

Retrieved from "https://jokes.fandom.com/wiki/User:Mace170?oldid=3879"
Community content is available under CC-BY-SA unless otherwise noted.